The Farmington, Michigan-based manufacturer of inline and roll-to-roll printing presses was founded in 1945. Every Wolverine press is custom constructed from standard components, thus enabling the equipment to be modified and color stations added to fit client needs. The company also takes pride in the fact that it uses only American-made parts and that none of its presses are automated, which helps keep prices cost-effective. 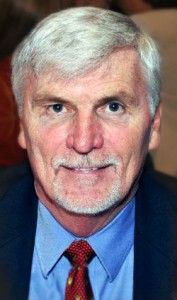 “This is a company with many proud traditions,” said Crosson Holdings Chair Patrick Crosson. “From its customer service dedication to providing the highest quality presses, parts and support services, staying true to its values has gotten Wolverine Flexographics to where it is today. We plan on continuing down this path while also positioning the organization to grow.”

In addition to having already hired five new members to its staff, other Wolverine Flexographics upgrades planned include: reorganizing its plant to provide greater workflow efficiencies and expanding inventory. Wolverine Flexographic also is working on an e-commerce site, which, ultimately, will allow customers to purchase a variety of products ranging from parts to entire printing presses 24/7.